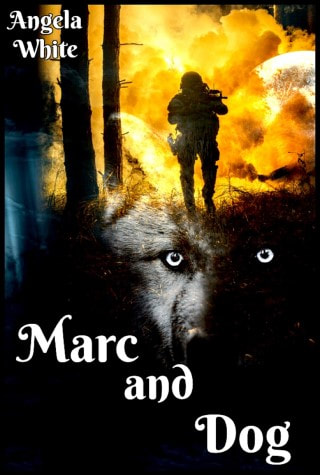 Dog is running for his life. Wrongly blamed after a child was taken, the wolf went deep into the wilderness to avoid human hunters. The last thing he wanted was to be shoved into someone else’s flight for safety.

Marcus Brady is a Marine Sniper, just returned from a long deployment that did little to boost his faith in humanity. He prefers to spend his home time in parks and forests, avoiding people, but barely a day passes before the Corporal is ambushed and forced to use the skills he has developed over nearly six years in the Corps. Except, this time, instead of a gritty fire team or squad of angry Marines fighting alongside, his backup is a lethal wolf that likes to attack while his back is turned. If Marc can’t make friends, it may cost both their lives.